Welcome to the only guide for THC that you’ll ever need! This will be your one-stop shop for THC info. Your holy grail, your dictionary, and maybe even your lover depending on what you have open in the tab next to this one.

We are going to take you to cannabis school and drop you off in THC class. In this banger of an article, we’re going to discuss the history of THC, where it comes from, what it is, and a ton of other super useful stuff. Whether you’re just getting into THC or you’re a salty, jaded old hippy, this guide is sure to teach you something new or remind you of something you totally forgot about. Hopefully not something you left in the oven.

Stick around and let’s talk about everyone’s favorite subject, THC!

THC at a Glance

When it comes to THC, there is a ton of ground to cover. Since we’re going to take you all the way down the rabbit hole with this one, we felt it would be a good idea to give you a quick breakdown. Just in case you decide to take the blue pill and remain in contented ignorance. Or, you’re just busy or something…

The History of THC

Ok, yes, we’re about to talk history, but this sh*t isn’t going to be boring… We’re talking about the ganj! That “El Diablo De Verde”, that “sweet sweet cheeba”, if you wanna talk to Sampson, this is a history lesson you can get down with. Trust boo. Just trust.

Hemp has a crazy history. It is one of the first crops ever cultivated by humans and though we have evidence of use dating back to 10,000 years, it’s fair to assume that humans used cannabis long before then as well.

The earliest evidence of hemp use was for textile purposes. Archaeologists studying the central Anatolian province of Konya discovered a piece of hemp fabric that was well-preserved and after examining it in a lab, came to the conclusion that it was roughly 10,000 years old. Imagine finding a t-shirt that’s been around for 100 consecutive lifetimes…

A Chill Relationship with Ganj

Various cultures throughout history have utilized this plant. Some for medicinal purposes, some for ceremonial purposes. Basically, humans had a pretty chill relationship with cannabis for a very long time.

What started as an ancient crop in the middle-east made its way to China, then Europe, and eventually to the Americas. Cannabis was smoked, made into foods, and used for clothes and other textiles. This is a plant that can do it all and it was embraced by everyone from beggars on the street to Kings and Queens.

No seriously, even Queen Victoria was famously down with the ganj and used it regularly to combat discomfort from her menstrual cycle.

When early settlers came to America, they had to be very strategic with regard to their staple crops. Corn was on the list as was an assortment of grains, and yep, you guessed it, cannabis!

In the early days, all Americans who owned a certain amount of land were legally required to grow hemp and would face prosecution if they didn’t. Have you ever worried about getting in trouble with the law for something cannabis-related? Pretty wild to think that it was one of the most important crops for early Americans. Then this happened…

Hemp was so versatile that it could be used for just about anything. Unfortunately, a bunch of blossoming industries were in direct competition with hemp and the people making money off of the steel and lumber industries wanted hemp gone. While there isn’t any proof of sketchy meetings in creepy board rooms, it is widely accepted that the Marihuana Tax Act of 1937 probably shouldn’t have happened and only did because of people who were trying to line their pockets.

The Marihuana tax act imposed such heavy taxes for growing cannabis that no one could afford to grow it. By 1970, both Hemp and Marijuana were completely outlawed on a federal level and stayed that way until 2018.

In 2018, things turned around for hemp, but not entirely for THC. The 2018 Farm Bill made it federally legal for people to grow industrial hemp. Unfortunately for THC lovers, this bill also stated that all industrial hemp must contain 0.3% THC or less. Fortunately, you can extract small amounts of THC from large amounts of industrial hemp and still end up with some seriously potent products.

It’s All About That Tetrahydrocannabinol

YAY! It’s finally time to talk about the plant, the myth, the legend… Cannabis!! The crazy history of cannabis is fascinating, but the plant is even more interesting. In this section, we’ll talk about the different species of cannabis, why and how this plant gets you baked, and take you on a journey to a land of ninjas and wizard zombies… or maybe we’ll just stick to ganj.

Read on to find out!

There are a whole bunch of cannabis strains out there, but only two species; Cannabis Indica and Cannabis Sativa. Some people argue that cannabis Ruderalis should be considered a third species, but botanists have yet to universally agree on this.

What are cannabinoids? Let’s take a look!

Cannabinoids are Awesome and There Are A Lot of Them

In short, cannabinoids are the compounds inside the cannabis plant that get you baked. There are also a bunch of other effects that cannabinoids can be used for. Some people use cannabinoids like CBD to when they can’t sleep, some people use CBN for recovery after the gym, and a lot of people use THC to get their fade on.

When you consume THC, CBD, or any other type of cannabinoid, they enter your body and interact with the endocannabinoid system. Every mammal on earth (and probably even space mammals) has an “endocannabinoid system”. This is a series of retrograde neurotransmitters that influences both the central and peripheral nervous systems.

That’s how THC gets you baked!

Give Me a Definition! What is THC?!?!

Ok, ok… If you’re looking for a simple and concise definition of THC, then we’ll give it to you. But, the other stuff was pretty cool too, right?

THC (tetrahydrocannabinol) is a psychoactive cannabinoid that is produced in various species of cannabis and is often used for recreational purposes. Simple enough? But there’s so much more! Did you know there’s more than one type of THC?

The THC that you probably think of is Delta-9 Tetrahydrocannabinol. That is the full scientific name for THC, but people shorten it because frankly, it’s a pain in the ass to say. You are far more likely to hear this compound referred to as THC, Delta 9, or D9.

There are three naturally occurring types of THC; Delta 8 THC, Delta 9 THC, and Delta 10 THC. Each of these occurs at different points on the same molecular strand. Hence the numbered variations of the same compound.

There are also some types of THC that are semi-synthetic and do not occur naturally in cannabis. HHC and THC-O are both psychoactive compounds that are made from THC. HHC, for instance, is made by extracting and isolating THC, then combining it with two additional hydrogen molecules to produce Hexahydrocannabinol.

At TRĒ House, we love all types of THC and utilize every variation of the compound in our products. Whether you’re looking to get lit with D8, D9, D10, or HHC and THC-O, we have your back!

Will THC Get Me Baked?

Yes, all forms of THC are psychoactive and will likely elicit psychotropic effects (get you lit AF). Each type of THC has its own unique effects, potency, and duration of bioavailability. It is damn near impossible to describe the difference in the way they make you feel because everyone reacts differently.

Have you ever seen someone smoke pot and totally freak out while everyone else is completely chill? That’s because everybody’s brain is different and will have its own reaction to the effects of THC. Fortunately, all of our products are tested at third-party labs and are super safe, so you can experiment 100% worry-free.

Are THC Side Effects a Thing?

THC doesn’t have many documented side effects and those that are documented, you’re probably already familiar with.

When using THC, some people experience:

The Legality of THC

The legality of THC varies from state to state. Some places, like California, are super chill about it. Some places, like Arizona, will lock you up for a dime bag. It’s very important for you to understand local laws regarding THC and cannabis before making a purchase. We don’t want to hear about you going to jail or what you had to do in there, so do yourself a favor and google it for 15 minutes.

Will THC Show up on a Drug Test?

If you’re worried about taking a drug test, you probably shouldn’t be using THC. Drug tests are little snitches designed specifically to calculate the THC content in your body. Yes, they sometimes get other cannabinoids confused with THC and make innocent CBD users falsely test positive for Marijuana use. But, that isn’t the case with THC. These tests are on the hunt for tetrahydrocannabinol and if it’s in your system, they can find it for months.

Yes, THC will probably show up on a drug test. If you’re stressing about taking one, we highly recommend getting advice from your primary physician.

Ok, now you are a bonafide THC genius and it’s time to celebrate.

Go pick up your TRĒ House and let’s get lifted! 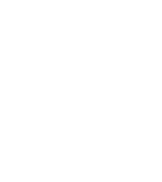